Music and migration: songs from the Irish in Birmingham

Families divided: the campaign for Anwar Ditta and her children 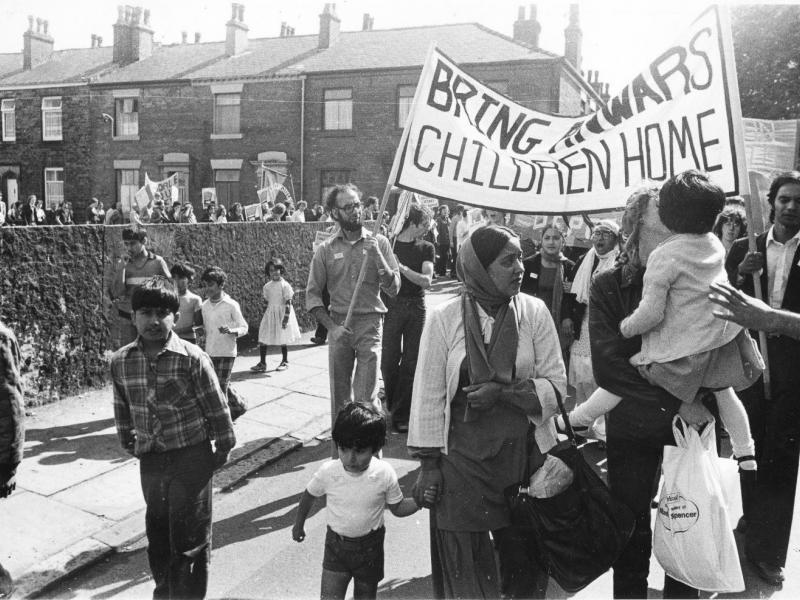 This photograph was taken in Rochdale in April 1980, during a demonstration to show support for Anwar Ditta who, despite being born in Britain, was refused permission by the Home Office to bring her children to England.

The photograph gives witness to the grassroots support that Anwar maintained for her campaign. The Indian Workers Association, Rochdale Trades Council, Rochdale Labour Party, National Union of Public Employees, Rochdale CRE, Rochdale Asian Women’s Movement and individuals such as the MP Joel Barnett and actor Vanessa Redgrave all stood by her.

In the photograph, Anwar walks at the front of the picture with her youngest child to try to raise awareness of her plight. The banner is carried by a member of the Asian Youth Movement and an English anti-racist activist. The number of children on the march gives us a feeling of the widespread support that existed in her local community in Rochdale, where the march took place.

Migration from the Commonwealth: Anwar Ditta and her family

After the Second World War, Britain needed labour to help support its industries in the Midlands and the North. Citizens of Britain's colonies and the Commonwealth were welcomed in to fill these roles in the 1950s. Many men came alone to work and send remittances home, but some like Anwar Ditta’s family came and settled. Anwar’s father, originally a school teacher, migrated to Mirpur from the Jammu valley during the partition of British India into two states, India and Pakistan, at Independence in 1947. Having moved away from his original home it was easy to consider moving again. Entitled to a British passport as a Commonwealth citizen, he did not come primarily to look for work but told his daughter, ‘I came to see England’. Arriving first in Liverpool, he soon moved to Birmingham where he got a job first as a bus conductor and later as a foreman in a crystal glass factory. These were typical jobs that many migrants filled.

Anwar Ditta was born in Birmingham in 1953. In 1962 her parents separated. Her father was given custody and she and her sister were sent to live with family in Pakistan. Ditta was married in 1968 and had three children. In 1975, she and her husband decided to return to England. They left their three children in Pakistan while they found a house and work, intending to send for the children as soon as they were settled.

While Anwar was in Pakistan, British immigration legislation changed with three laws, in 1962, 1968 and 1971, restricting migration from the Commonwealth. The law of 1962 limited migration to those with government-issued employment vouchers. The Commonwealth Immigration Act in 1968 was rushed through Parliament in three days to prevent Kenyan Asians who were British citizens from migrating to Britain after President Jomo Kenyatta introduced an Africanisation policy which looked set to expel foreigners from the country. The Immigration Act of 1971 removed the right of all Commonwealth citizens to migrate to the UK. Although none of these laws restricted Anwar Ditta’s freedom of movement since she was born in Britain and had a British passport, her children had to apply to enter the country since they had been born in Pakistan. By the 1970s, the Home Office had become strict in their monitoring of immigration cases and often asked a series of complex questions that many felt were there to simply trick them in order to prevent migration.

The increasingly stringent immigration laws were seen by many as the nationalisation of racism. The Home Office barrister Peter Scott QC admitted this:

‘The whole system of immigration control is based upon discrimination. It is of the essence of the Immigration Act that people will be discriminated against on the ground of race or nationality and it is the function of certain officials to ensure that that discrimination is effective.’ (Quoted in The Guardian, 3 October 1980.)

On returning to Britain, Anwar Ditta and her husband remarried believing that their Islamic marriage would not be recognised under English law. They applied for their children to join them in England in September 1976 and were interviewed by immigration authorities in February 1978. In May 1979 the Home Office declared that they were ‘not satisfied that Kamran, Imran and Saima were related to Anwar Sultana Ditta and Shuja Ud Din as stated’.  The Entry Clearance Officer interpreted their registration as 'bachelor' and 'spinster' on their marriage forms in the UK as fact, rather than as a lack of understanding on the couple’s part of how their Islamic marriage in Pakistan would be understood. The Entry Clearance Officer also sought to suggest ‘that no clear evidence of Anwar Sultana Ditta ever having been in Pakistan had been produced’ and added: ‘It appeared that there might be two Anwar Dittas, i.e. one who married Shuja-u-din in Pakistan in 1968 and the other who Shuja-u-din married in the United Kingdom in 1975’.  Anwar’s plight was one that hundreds of Commonwealth migrants and the children of migrants found themselves in due to the increasingly stringent immigration laws that were passed in Britain from 1962 onwards.  Many families found themselves divided across continents with no easy way to be reunited.

The Home Office’s decision left Anwar Ditta in despair. She had photographs of herself in Pakistan with her husband, her family and with her children (see images below). She had birth certificates for all her children and, despite having asthma in England as a child and needing frequent medical attention, there were no medical records for her in Britain for 13 years until she re-registered in 1975. None of this evidence was accepted. Her father declared in an affidavit that he had sent Anwar at the age of nine with her sister Hameeda to Pakistan. Hameeda also acted as a witness to Anwar's life in Pakistan and witnessed the birth of Anwar’s first child. When Anwar’s fourth child was born in Rochdale, the hospital confirmed that this was her fourth pregnancy. Despite the evidence collected to support Anwar’s story, the Home Office maintained a suggestion that Anwar’s children actually belonged to her sister-in-law. 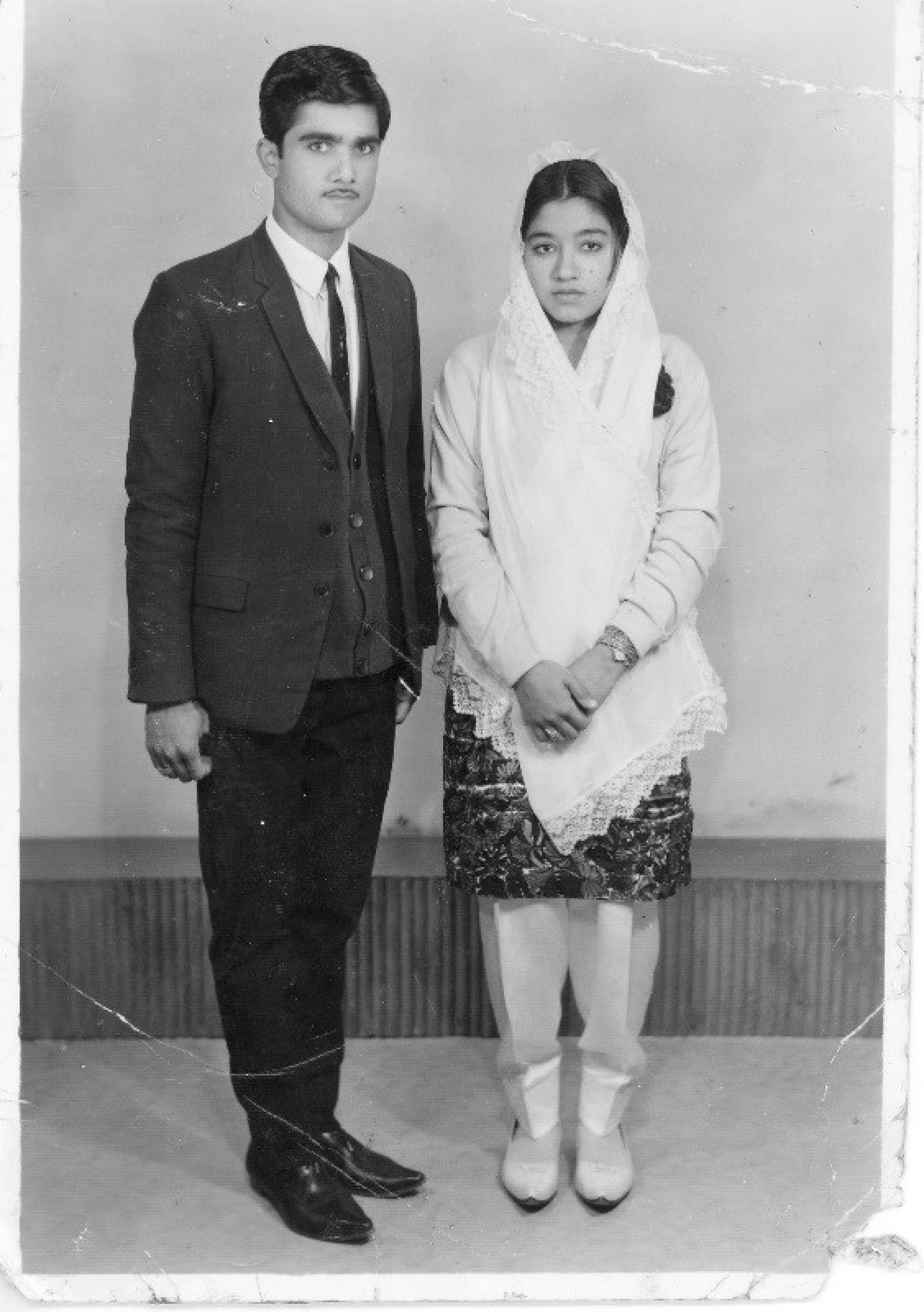 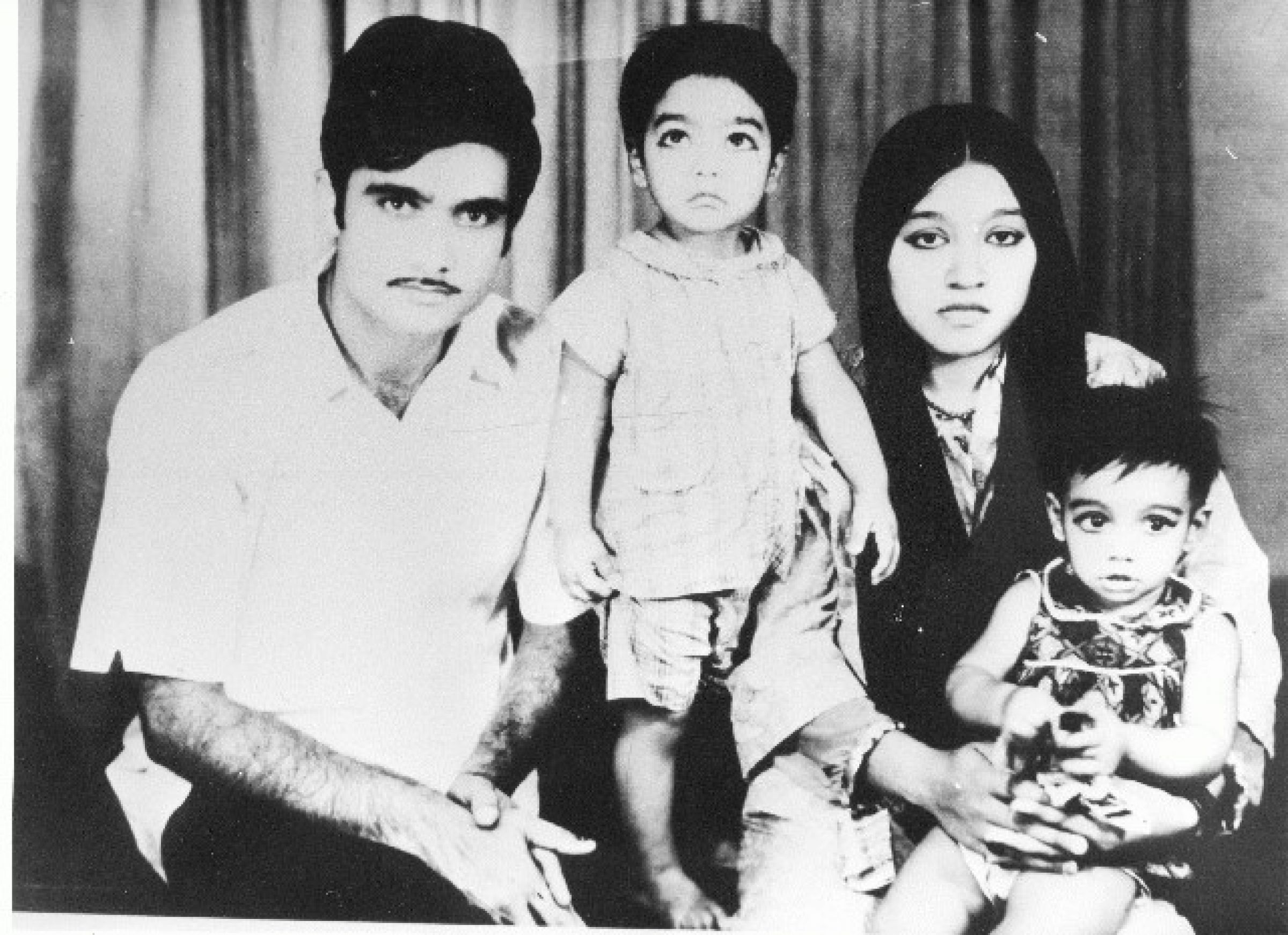 Anwar’s campaign began after she went to a public meeting about a local anti-deportation campaign at Longsight Library in Manchester.  She found support amongst her own community and anti-racist activists. Key organisations that supported her campaign included the Asian Youth Movement (Manchester) and Asian Youth Movement (Bradford) (see: 'Resisting racism'). The Asian Youth Movements (AYMs) were established in Bradford in 1978 and Manchester in 1979 to defend communities from both street racism and the racism of immigration laws. The AYMs were made up of mainly young men, but in Manchester a women’s wing was established to try to encourage women’s participation in a range of anti-deportation and divided-family campaigns in which women were often the victims. The Indian Workers Association (Marxist Leninist), which was set up in the 1960s by first generation migrants in Britain to support Indian workers and organise them within British Trade unions, as well as to provide them with welfare support and encourage their involvement in anti-imperialist politics, also supported Anwar.  Anti-racist activists both young and old from South Manchester Law Centre, Revolutionary Communist Group, Rochdale Trades Council, Rochdale Labour Party, National Union of Public Employees, and Rochdale Commission for Racial Equality also supported the campaign.  Despite this support, Anwar’s appeal to the Home Office was rejected on 30 July 1980.

The Anwar Ditta Defence Campaign, with the support of the Asian Youth Movements, continued her fight even after she lost her appeal and had no legal avenue left. The Anwar Ditta Defence Campaign is an example of the self-organisation and activism that communities and their supporters participated in to challenge racism in Britain. Campaigners supported Anwar even after she had lost her legal avenue of appeal because they believed that if a law or decision was unjust then you should struggle to overturn it. In this case they believed that every mother should have the right to live with and raise her children.

The strength of the campaign along with the determination of Anwar Ditta herself eventually led to the production of a documentary by Granada TV's World in Action current affairs programme, which was screened in March 1981. The documentary included the taking and analysis of blood tests from Anwar and her children to prove that the children were undoubtedly hers – an examination that she had always offered to undertake. The Home Office refusal was overturned the following day. Anwar’s children arrived in Britain in April 1981. 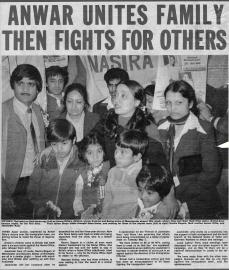 Anwar Ditta and her children in England (Courtesy of Anwar Ditta and www.tandana.org)
She remembered the sacrifices and solidarity that others had given her by supporting other people in their struggle for justice in the years to follow.

Anwar’s case inspired others to fight for justice. During the 1980s there were hundreds of divided family and anti-deportation campaigns, some of which were successful. Anwar saw her situation as an example of Britain’s racism. This led her to support others whom she believed had suffered both as a result of the immigration laws, as well as other forms of racism. This included anti-deportation campaigns, the Bradford 12 Campaign as well as the anti-apartheid movement in South Africa. 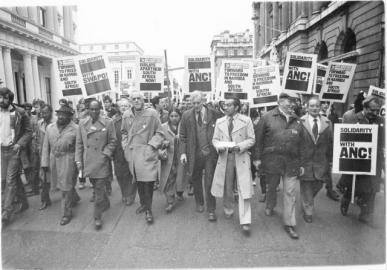 Anwar Ditta on an anti-apartheid march (Courtesy of Anwar Ditta and www.tandana.org )

Successive British governments have continued to argue for the importance of restricting migration, and have introduced further laws to restrict immigration – in 1988, 1996, 1999, 2002, 2004, 2006 and 2009. Restrictions on migration to Britain have meant that a significant number of individuals from outside Europe who are migrating to the UK are refugees seeking asylum. The plight of divided families continues. Lawyers and activists continue to struggle for the rights of those who face discrimination and who have suffered separation from their families. One case that has recently galvanised the concern of the media is the plight of child refugees in the Calais 'Jungle'. For more information on this recent case, see ‘Children with UK links at Calais camp a ‘national embarrassment’ in The Scotsman (23 April 2016).

Anwar Ditta's story offers students the opportunity to think about migrant activism in Britain and various campaigns for justice against the state across time.

It is especially interesting to think about the role women and young people have historically played in these campaigns.

Anwar Ditta's story also offers students the opportunity to think about Britain's role as an imperial power and its changed relationship with its former colonies after the end of empire.