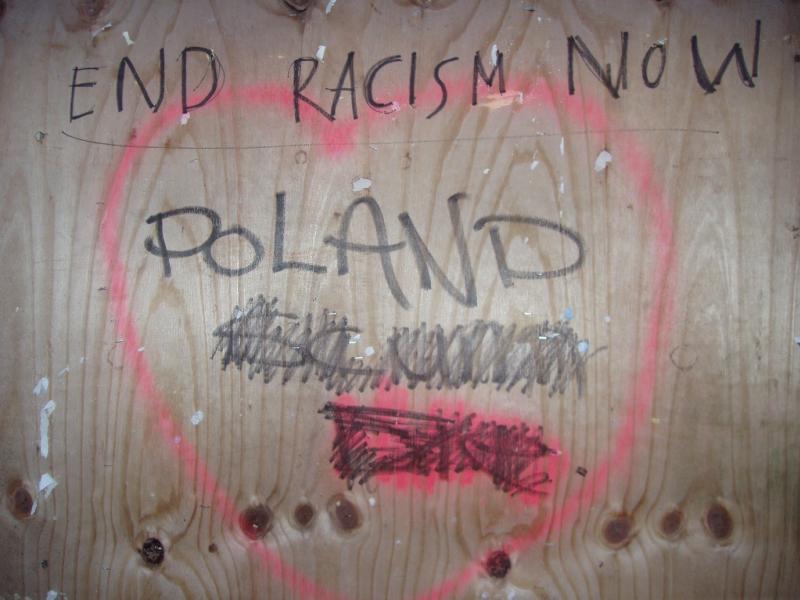 The key sources are extracts from interviews undertaken for a research project with Polish migrants who came to the UK after 2004.

Polish migration has been one of the largest movements in Britain's post-war migration history. Since Poland joined the European Union in 2004, and thus Polish people had a legal right to come and live and work in the UK, over 800,000 people have made the move from Poland to the UK. The UK was one of only three countries that allowed these new European Union migrants to come and work straight away – countries such as France and Germany put transitional restrictions in place to delay this right. The decision to allow new workers to come in has played out in British politics, and in the press, ever since.

Poles have, however, also migrated across the rest of Europe – there are now significant Polish populations in Scandinavia and Southern Europe as well as Germany, France and Ireland. It is interesting that it is the Polish who have been the most mobile since the European Union expanded in 2004. This enlargement saw many countries that had been communist, including Hungary, the Czech Republic, Slovakia, Latvia, Lithuania, Estonia and Slovenia  enter the EU, alongside Malta and Cyprus. In the UK, as elsewhere, Poland topped the numbers of new European 'accession' migrants by a large margin – ahead of Lithuanians and Slovakians, accounting for nearly two-thirds of the total.

Membership of the European Union and the legal right to work in the UK (and beyond) does not explain this phenomenon completely – there are other contexts that are important in understanding this movement.

First, Poland has always had a culture of mobility, for example, in the nineteenth century hundreds of thousands of Poles migrated to the United States, and Poles have always travelled to work in neighbouring Germany. Migrating for a new life or for work is not an odd thing to do.

Second, the communist history of Poland is important for understanding contemporary migrations. Moving out of the country, and especially moving past the bloc of neighbouring communist states, was difficult during the country’s years of communist rule (most people were not allowed to keep their passports at home, at this time, for instance) and after communism collapsed in 1989 many saw this as a new era, bringing new opportunities for mobility. In addition, in the 1990s, immediately after the fall of the old regime, the country went through a very difficult time of 'transition' as the economy had to change from state-planned to a free market. This meant high unemployment became a problem for the first time in decades as factories and other employers closed. Many of the protections that the communist state provided for workers were lost and many Polish people were disappointed that the excitement surrounding communism’s end had not created better lives for most people. The move from communism to capitalism took a long time and unemployment was particularly high for young people in 2004, when the country joined the European Union.

Third, many people in Poland felt general frustration that life was just still so difficult – difficult to find work, to make the right contacts, or to make enough money even when you did have a job. For many, migration had become less about getting a job, and more about finding a better overall life. 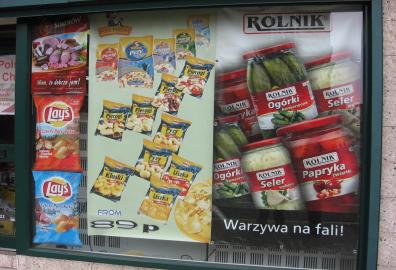 Moving to the UK: Gosia and Kasia’s migration stories

These source extracts pick up on key themes that are important for Polish migration to the UK in the post-2004 period. In her testimony, 'Gosia' talks about how hard it was to earn enough money in Poland, even with a highly skilled job. She found it hard to imagine a life in the future, even to have children, in this situation. Gosia’s story exposes the myth that all Polish migrants are unskilled, or were unemployed when they came to the UK. While many did not have jobs, others migrated because they could not earn enough money in their jobs in Poland.

The fact that 'Gosia' is a woman is significant too. While some migration movements have followed the pattern of a husband/father migrating first, followed by wife and family, this does not account for everybody who moves countries. Post-2004 Polish migration has seen diverse patterns of movement. A more traditional arrangement of men moving first has been significant, but a large number of women have also moved independently too. There are many myths related to Polish migration and gender. Not all Polish men are plumbers or 'handymen', for example, something the press has talked about a lot. Both Polish men and women are employed in a range of jobs in the UK, including factory work, transport, the service sector, agricultural work, administration and highly skilled professions.

'Gosia' also talks about missing people and places in Poland. This is important too. Polish migrants have benefited from huge advances in technology and infrastructure – which includes the Internet, Skype, smartphones, satellite TV, cheaper coach and air travel, visa-free travel to the UK – and it is much easier for these migrants to stay connected with people back in Poland than it ever was for earlier migrant populations. However, migration, even within Europe in the technically advanced 21st century, is not easy – there is always a cost and migrants still miss the familiarity of home.

'Kasia' talks about other costs – of being at the bottom of the pile in the UK. At first she was stuck in terrible accommodation, and was also aware of a lot of anti-Polish prejudice around her.

Polish impact on the United Kingdom

The Home Office Accession Monitoring Report shows that Polish migrants are distributed very widely across the UK – in towns and cities throughout England, Wales, Scotland and Northern Ireland. East Anglia is one of the regions of highest settlement. Poles are probably the most widely spread ethnic minority population in the country. 'Gosia' and 'Kasia', for example,  both live in regions outside of London – in a city in the West Midlands, and a town in Lancashire.

All this means that the visibility of the Polish population has been particularly high across the country – for example, most towns and cities have Polish shops embedded in their landscapes, and most schools have at least a small number of Polish children. Polish names are often quite distinctive in the UK setting too. Being a white and largely Christian migrant population has not automatically meant that Polish migrants are invisible. It is too early to know what will happen to this visibility over time, and the extent to which the children and grandchildren of these first-generation migrants will 'disappear' as their accents and surnames inevitably become more ‘British’ through marriage and years spent in the country.

It is clear though that most Polish migrants have been able to keep close ties with Poland, and that the next generations will negotiate between their Polish and British identities, just as the descendants of other immigrants have done before. The overt visibility of the population may well fade, but it is unlikely that the significance of Poland and Polish culture, and the presence of Polish life in local landscapes, will vanish completely.

Polish migration after 2004 has been extremely significant for the UK. Polish is now the second most widely spoken language in the country and most towns and cities have a Polish population. Polish migration has also been linked to discussions about the UK's relationship with the European Union and its ethos of freedom of movement for people within the union. Since the Brexit vote in June 2016, there has been an increase in open hostility toward Polish people living in the UK. Brexit has also left a large number of Polish migrants, many of whom have been settled here for a decade, very uncertain about what the future holds for them and whether they will be able to stay.

Written by Dr Kathy Burrell, Senior Lecturer in Social and Cultural Geography, Department of Geography and Planning, University of Liverpool

These sources help us to understand the broader causes of this migration movement. 'Gosia's' experience shows us how difficult it was for many people to have the life they wanted in Poland, and how they were prepared to move for a better life and a better job. It also shows us how important modern technology has been to enable this migration. Even though it is still emotionally difficult to migrate, it is far easier to travel and stay connected than it ever has been, making migration less risky. Other interviews not included here also talk about the importance of Poland joining the European Union in 2004 as a decisive pull factor for people migrating to the UK – people could come to work without needing special visas.

These sources show that being a migrant is not necessarily an easy experience. Many Polish migrants have taken work below their qualification levels in order to survive in the UK. Many migrants have ended up in poor accommodation, often not knowing how British systems work, and so finding it hard to find better accommodation, or find suitable references for letting agents. These sources also show that many Polish migrants have felt strong discrimination towards them – either through direct contact with people, graffiti, or negative press coverage. This has made it harder for some people to feel at home here.