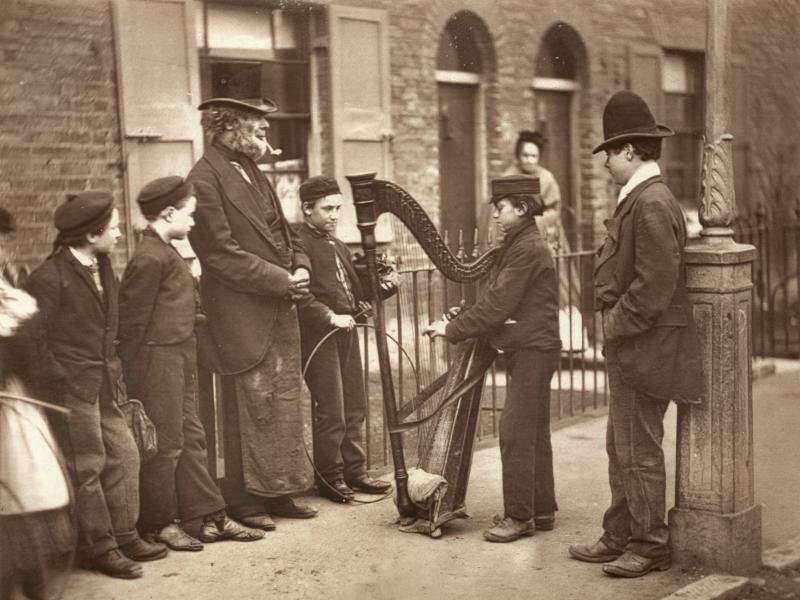 The image of Italian street musicians is taken from John Thomson and Adolphe Smith (1877), Street Life in London.

Street Life in London (1877) consists of a series of articles by the radical journalist Adolphe Smith and the photographer John Thomson. The pieces are short but full of detail, based on interviews with a range of men and women who lived a precarious and marginal existence working on the streets of London, including flower-sellers, chimney-sweeps, shoe-blacks, chair-caners, musicians, dustmen and locksmiths. The subject matter of Street Life was not new – the second half of the 19th century saw an increasing interest in urban poverty and social conditions – but the unique selling point of Street Life was a series of photographs ‘taken from life’ by Thomson. The authors felt at the time that the images lent authenticity to the text, and their book is now regarded as a key work in the history of documentary photography.

(Source information: The image has been provided courtesy of The London School of Economics and Political Science Library and further information about the image and the publication can be found here).

From the mid-1800s Italian migrants came to Britain from poor mountainous areas including around Parma and Lucca and, by the century's end, from more southerly sources in the Frosinone and Caserta provinces. In Britain many Italians worked as travelling musicians and performers, as statuette makers, mosaic and terrazzo workers and ice cream traders. Their regional costumes, languages, Catholic faith and extended family structure distinguished them from the host community.

Though there had been educated Italians in Britain since medieval times, such as John Cabot (famous Italian navigator and explorer who moved to England in around 1484) most Italians came to Britain in the second half of the nineteenth century as poor and uneducated economic migrants. Italy, which wasn’t united as a single country (nation state) until 1861, had previously been a geographical collection of individual states where there was little industrial development and opportunities for individual advancement were limited. Most Italians who settled in Britain at this time came firstly to London (especially in the Holborn area), but by the 1880s had reached Glasgow and other northern industrial cities. 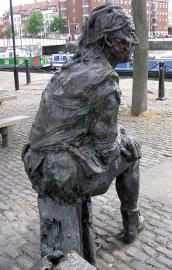 The specific regions from which Italians came often determined the type of work they did. Many from the Parma area came as travelling musicians and street performers and gave rise to the stereotype of the Italian organ-grinder accompanied by a monkey, inspiring the mid-Victorian outcry against the mistreatment of some of the children involved in this trade. Some Italians, particularly from the Lucca area, were associated with making plaster of paris statuettes, while migrants from Pordenone in the northeastern corner of Italy were associated with mosaic and terrazzo work. Many Italians who settled in Glasgow came from the Lucca area, especially the small town of Barga. A few earlier migrants from Como were more specialised and dealt in barometer and thermometer making and were found all over the country from 1820. Less skilled migrants from the south of Italy often worked as labourers in the asphalt and pavoir industry in London. The South Wales Italian community came from the mountainous zone between Genoa and Parma, particularly from the town of Bardi, to own and work in cafes. The particular patterns of Italian employment meant these migrants were not usually seen as being in direct competition with British workers.  By the nineteenth century’s end, more people came to Britain from southern Italy, and by the twentieth century (see: 'Building Italian communities') , the Italian community was increasingly associated with the food trade, including ice cream. 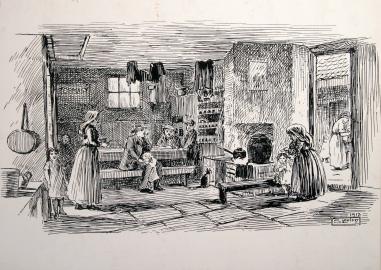 Sketch of Italians in a kitchen in Harford Street, Bristol, by Samuel Joseph Loxton (Courtesy of Bristol Reference Library)

Like other poor immigrants, especially in overcrowded areas of the late-Victorian city, Italian immigrants were sometimes charged with bringing in disease and crime, and in the 1870s the issue of noise from street musicians briefly became a problem. But, generally, the relatively small numbers of Italian migrants combined with their niche employment patterns meant they did not experience the hostility then encountered by other migrants of the time, including Jewish people and those from Ireland.

Written by Dr Madge Dresser, Associate Professor of History, University of the West of England